Kale and wine – is that possible? A daring food-pairing test of courage

Translation of the text from German into English by Faye Cardwell. Thank you so much for this amazing piece of work, Faye!

As a test of courage, some people put the scarf of their own football club around their necks in the opponent’s fan curve. Others jump out of airplanes in tandem and let themselves be caught by silk scarves shortly before touching the ground.

All this was not tough enough for wineroom-maker Edgar Wilkening. He was looking for something harder. The ultimate challenge.

And he found it among Westphalians – during a traditional kale dinner. There, he forced people to put their beer digs aside and taste wine – with kale!

I wonder if he survived? And furthermore: whether the people of Westphalia survived too? The story of an extraordinary test of courage in four adventurous chapters. 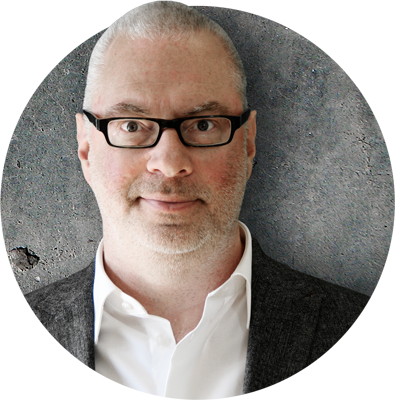 Chapter 1
A plan as hair-raising as it is daring

The invitation came at short notice. It was a great advantage in this kind of test of courage because after I accepted, there was no time to procrastinate or falter. Instead, eyes closed, bottles open – and go!

I was invited to eat kale. In the middle of Westphalia. Location of the perceived epicenter of the pots of green cabbage. For centuries, the curly leafy vegetables have been honoured in long winter nights by the ritual addition of smoked meat sausages and pork belly. So far, so good.

However, in Westphalia any green cabbage meal is supplemented by another ritual custom: drinking beer. Beer is the only acceptable drink to accompany cabbage.
But then the Westphalian had done the math without me. I had other plans. And they were as hair-raising as they were daring. Instead of preaching water and drinking beer, I wanted to preach cabbage and pour wine.

Is that even possible, wine with cabbage? Does that go together?

Under normal circumstances, you’ll lose your head, or at least your cork, for that question. All the more so because the same question is mutating in Westphalia into a general attack on all the basic principles of regional identity: What is this? – How on earth did we get here? – We have never …

People say about Westphalians that they are down-to-earth and stubborn, and that their culinary horizons hardly extend beyond the furrow of the field. It would be more plausible to steal smoked meat sausages from a Westphalian’s casserole than to offer him wine to accompany his meal. The Westphalian test of courage – it is not without reason that experts call it that.

I knew all that. So I knew what I was doing.

Setting: A few years earlier, in the middle of Hamburg-St. Pauli. I stand at the stove and prepare kale. I’m expecting guests for the evening : all wine experts, dealers and wine lovers. We have arranged an experiment. We want to experiment firstly, to see if wine goes well with cabbage, and secondly, if so, which one is best.

That’s why there are not only cabbage-based dishes on the table this evening, but also wine bottles of different origins. Riesling, Pinot Gris, Chianti, Burgundy, Bordeaux – a colourful slide through the wide world of wines.

It is eaten, it is tasted, it is slurped, sipped, smacked, tasted. One wine, however, makes the cabbage seem metallic. The other vanishes behind the flavours of the sausages. The next seems unpleasantly sharp…

But there is a surprise. Of all things, a wine that grows a good twelve thousand kilometres away from the North German lowlands may well win the race. Clearly in fact. An outsider. An underdog. One that no one had on the cards. A red wine, too. This, of all things, turns out to be a perfect accompaniment to cabbage.

Origin: South Africa. Grape variety: Pinotage. Indigenous. Bred at the University of Stellenbosch in 1924. A deeply South African plant. It accompanies the Westphalian plate in an amazingly playful way. The fruit and the spice embrace the tart flavour of the cabbage. But above all the notes of smoke and bacon in the wine build an exemplary aromatic bridge to the sausages and meat.

Stunned faces at the table. Nobody had expected such a result. Since this evening, one thing is clear for me: wine and cabbage, it is possible. Even quite formidable, as long as it concerns traditionally made South African Pinotage. In Westphalia you would say: it fits like a glove.

But I wonder if that’s exactly how people there will see it.

I slept fitfully the night before the cabbage dinner. As I said, the invitation came at short notice. I had to get to some pinotage at just as short notice. But how?

Would you know at the first attempt which retailer you could count on to stock an assortment of Pinotage from twelve thousand kilometres away? A little internet research showed me: in Westphalia right around the corner. No kidding!

In a small, sleepy village called Vlotho, situated on the River Weser, behind the seven mountains, on the edge of Westphalia, close to the seven dwarves – there is a well-stocked wine shop there, or so the Internet claimed. This thought alone is far-fetched enough. But, digging a little further, this wine shop does not only carry wonderful European wines in its assortment, but also the distant grape variety Pinotage. Giggle: of course, Pinotage – behind the seven mountains! And not just a single one, the Internet whispered, but a dozen or so, very different ones even.

Against all good sense, I set off. And lo and behold: it really existed, this place Vlotho. This wine shop really existed. It was open. And it had a very considerable selection of Pinotage. And it had it in stock. I was flabbergasted. And I came home happy and stunned – and with four different Pinotage. I now felt fully equipped and ready for my Westphalian dare.

Chapter 4
The moment of truth

The welcome is warm. I was confused when my hosts noticed my luggage. I had announced that I would bring wine. But four bottles?

On entering the parlor: Confusion on my part. Guests, yes – but nobody in sight sucking on a beer bottle. Strange. The Westphalians here seem almost relaxed. Regularly open minded. As if they were a normal race of people. And kale is not a religious worship, but a normal dish.

But I knew what was going on here: Here comes this wine guy who wants to put us off our beer. Let’s just humour him!

At any moment someone would jump up and heave two or three crates of beer onto the table. A big hoot would be raised and then with a big laugh they’d shove a bottle into each other’s hands and threaten to hit me if I dared to contradict them. Open minded, my ass. Westphalia remains Westphalia. And a real test of courage.

They haven’t shown their hand yet. I didn’t either. I just played along. Now, before the food is served, let’s try the wines. The first one is light, fruity, uncomplicated. „Can I imagine this with kale,“ they said.

Can I have – please what …? Did I really just hear that or is my tinnitus already drunk?

Just move on to number two. Also fruity, but denser than the first, more adult, says the crowd. What kind of soft-soaked Westphalians are these? Have they taken any drugs? Number three starts off tangy, but the aromas are liqueur-like. Number four is more of a wild, unwashed sort. „I wonder how this one will be at dinner,“ says one.

I’m beginning to worry. Is this the frightening stubbornness and obstinacy for which Westphalia is world-famous? No one throwing crates of beer on the table. No one who threatens to smack. And no trace of stubbornness…

The kale comes in wonderfully old-fashioned terrines. Accompanied by sausages and meat, prepared with everything in abundance and magnificently. Spicy, aromatic, thick. A feast. And the wines to go with it? At the table you slurp, smack, taste. And then Westphalia comes to a unanimous conclusion. For a start, red wine with kale, isn’t bad at all. And second, wine number one, that goes the best.

And then, during the meal, in the course of the conversation, I realize where the real red lines run here. Where the real trench warfare takes place. Not between light pinotage and heavy. Not even between wine and beer in general.

The real demarcation lines only come after a glass or two has been drunk. And that’s where the Westphalian can’t take a joke anymore. When it comes to the question of which form of preparation is the only one allowed, because it is the only correct one for kale. Every region has its own rules, every village its own laws. Anyone who breaks them is outlawed in Westphalia from that moment on.

Some only allow butter dripping. Others insist on goose fat. Some put spoonfuls of mustard on the kale. Others swear by cranberry jam. Still others claim that oat semolina is an essential accompaniment. Some people insist on pearl barley on the kale. And still others accept it exclusively cereal-free.

And the Westphalians, who just harmoniously voted Wine One the winner, have never seen them beat each other over the ears as if there were no tomorrow, or rather no more kale tomorrow.

That’s how you know and fear them, the Westphalians. Relentless and stubborn. A magnificent race. A glorious evening. Because only when the bottle of schnapps is put on the table does the noise of the battle slowly subside and the famous Westphalian Treaty of Peace is finally concluded.

„We have to rethink everything“: Corona-Shutdown und seine (ja: positiven!) Folgen 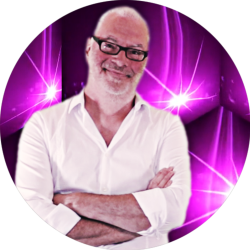